Overcoming a history of shame, misogyny and patriarchy. 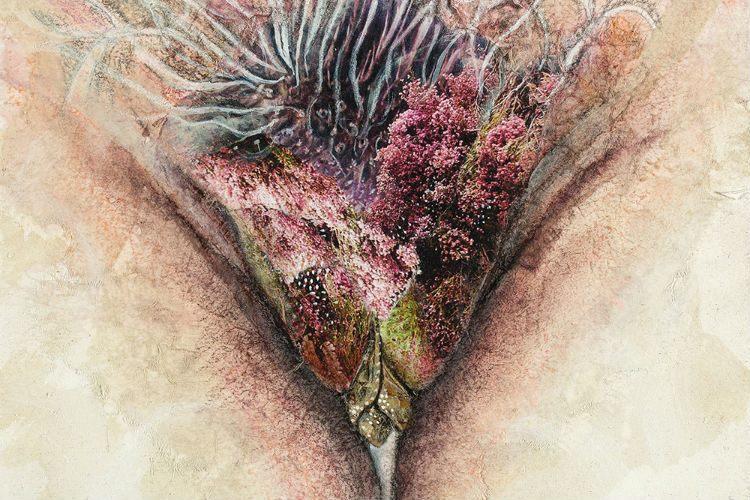 Jacqueline Secor, like many women around the world tried to conform to the unrealistic standards of beauty perpetuated all around her. The pressure to conform to the narrow mold of “perfection” took a toll on the 28-year-old mixed-media artist, especially when she moved to Utah from Northern California.

To combat these unfair standards and celebrate individuality in women, Jacqueline started her Diversity in Nature series in 2015, where she features mesmerising paintings of the vagina.

In an email interview with TNM, Jacqueline said, “I wanted to artistically communicate overcoming a history of shame, misogyny and patriarchy.”

Jacqueline bases the paintings on photographs that women from across the world send her. “I ask each model beforehand what imagery they would like to see reimagined in their painting.  Most of my work is mixed media - acrylic, watercolor, ink, pastels and collage. Some of these pieces are sculptural; which is hard to see in a photograph,” she says. The series is an ongoing one, and Jacqueline still receives requests from women to reimagine and paint their vulva.

The paintings all feature elements of land and the sea which represent the natural world.

“I choose to paint vulvae because the vulva symbolizes birth, where earth is the primary womb.  Everything living emerges from the womb and returns to the earth in death. The survival of nature depends on diversity,” she explains.

“Choosing to portray vulvae as parts of nature is not about trying to make them “prettier” but about showing vulvae as they are: integral elements of the natural world we are a part of,” she adds. Jacqueline also talks about the scrutiny on women’s bodies and how it devalues their significant achievements.

“Best. Worst. Perfect. Gross. These are words that are too often used to describe female bodies. Women and girls face daily criticisms, not over the quality of their accomplishments or the content of their hearts, but of the bodies they were born in,” she argues.

But the worst judgment, she adds, comes when women begin criticising their own bodies using the same problematic standards. Each 6x6 painting takes Jacqueline 25-35 hours to complete, depending on how sculptural they become. She hopes for the series to be a platform to showcase and celebrate body positivity and women’s individuality. You can see more photos from the Diversity of Nature project here.